The Taj Mahal: A Timeless Masterpiece of Mughal Architecture and Love

The Taj Mahal is one of the most iconic and recognizable structures in the world. Located in Agra, India, this stunning mausoleum is a symbol of love and devotion, and is considered one of the greatest examples of Mughal architecture.

The Taj Mahal was built by the Mughal emperor Shah Jahan in memory of his beloved wife, Mumtaz Mahal, who died during the birth of their 14th child in 1631. Construction of the Taj Mahal began in 1632 and took more than 20 years to complete. It is estimated that over 20,000 artisans were employed in the construction of this magnificent monument.

The Taj Mahal is a perfect example of the synthesis of different architectural styles. The central dome is an example of Islamic architecture while the four minarets are an example of Hindu architecture. The central dome is made of white marble and stands on a raised marble platform. The dome is surrounded by four smaller domes, one at each corner of the main structure. The main structure is made of white marble and is decorated with intricate inlaid designs.

The main entrance to the Taj Mahal is through a grand gate, which is made of red sandstone and is adorned with intricate carvings. The gate leads to a large courtyard, which is surrounded by a number of smaller buildings and gardens. The main attraction, of course, is the Taj Mahal itself, which stands majestically in the center of the complex.

The Taj Mahal is also famous for its intricate marble inlay work, also known as pietra dura. This technique involves setting small pieces of colored marble and semi-precious stones into the white marble to create intricate designs. The inlay work can be found on the walls, floors, and even on the graves.

In 1983, the Taj Mahal was declared a UNESCO World Heritage Site, and it is considered one of the “New Seven Wonders of the World.” It attracts millions of visitors each year, and it is no wonder why it is one of the most visited tourist destinations in the world.

The Taj Mahal is not only a beautiful architectural masterpiece but also a symbol of love and devotion. The tragic love story of Shah Jahan and Mumtaz Mahal has been passed down through the generations and continues to inspire people from all over the world.

In conclusion, the Taj Mahal is an architectural masterpiece that showcases the best of Mughal architecture. It is a symbol of love and devotion, built by the Mughal emperor Shah Jahan in memory of his beloved wife Mumtaz Mahal. The intricate marble inlay work, also known as pietra dura, is one of the most striking features of the Taj Mahal. The gardens, also a major attraction, are symmetrically laid out on either side of the main structure. 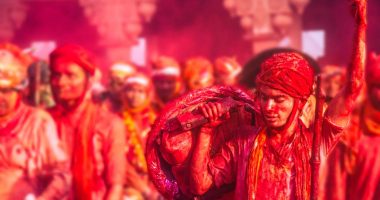 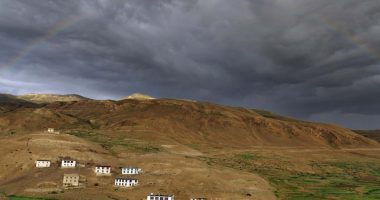 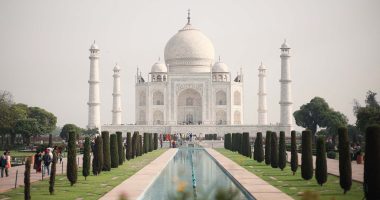 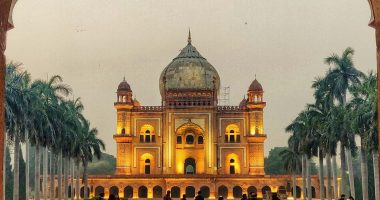